BALTIMORE — In the afternoons, the streets of Locust Point are clean and nearly silent. In front of the rowhouses, potted plants rest next to steps of brick or concrete. There is a shopping center nearby with restaurants, and a grocery store filled with fresh foods.

And the National Guard and the police are largely absent. So, too, residents say, are worries about what happened a few miles away on April 27 when, in a space of hours, parts of this city became riot zones.

“They’re not our reality,” Ashley Fowler, 30, said on Monday at the restaurant where she works. “They’re not what we’re living right now. We live in, not to be racist, white America.”

As Baltimore considers its way forward after the violent unrest brought by the death of Freddie Gray, a 25-year-old black man who died of injuries he suffered while in police custody, residents in its predominantly white neighborhoods acknowledge that they are sometimes struggling to understand what beyond Mr. Gray’s death spurred the turmoil here. For many, the poverty and troubled schools of gritty West Baltimore are distant troubles, glimpsed only when they pass through the area on their way somewhere else.

And so neighborhoods of Baltimore are facing altogether different reckonings after Mr. Gray’s death. In mostly black communities like Sandtown-Winchester, where some of the most destructive rioting played out last week, residents are hoping businesses will reopen and that the police will change their strategies. But in mostly white areas like Canton and Locust Point, some residents wonder what role, if any, they should play in reimagining stretches of Baltimore where they do not live.

“Most of the people are kind of at a loss as to what they’re supposed to do,” said Dr. Richard Lamb, a dentist who has practiced in the same Locust Point office for nearly 39 years. “I listen to the news reports. I listen to the clergymen. I listen to the facts of the rampant unemployment and the lack of opportunities in the area. Listen, I pay my taxes. Exactly what can I do?”

And in Canton, where the restaurants have clever names like Nacho Mama’s and Holy Crepe Bakery and Café, Sara Bahr said solutions seemed out of reach for a proudly liberal city.

“I can only imagine how frustrated they must be,” said Ms. Bahr, 36, a nurse who was out with her 3-year-old daughter, Sally. “I just wish I knew how to solve poverty. I don’t know what to do to make it better.”

The day of unrest and the overwhelmingly peaceful demonstrations that followed led to hundreds of arrests, often for violations of the curfew imposed on the city for five consecutive nights while National Guard soldiers patrolled the streets. Although there were isolated instances of trouble in Canton, the neighborhood association said on its website, many parts of southeast Baltimore were physically untouched by the tumult.

Tensions in the city bubbled anew on Monday after reports that the police had wounded a black man in Northwest Baltimore. The authorities denied those reports and sent officers to talk with the crowds that gathered while other officers clutching shields blocked traffic at Pennsylvania and West North Avenues.

Lt. Col. Melvin Russell, a community police officer, said officers had stopped a man suspected of carrying a handgun and that “one of those rounds was spent.”

Colonel Russell said officers had not opened fire, “so we couldn’t have shot him.”

The colonel said the man had not been injured but was taken to a hospital as a precaution. Nearby, many people stood in disbelief, despite the efforts by the authorities to quash reports they described as “unfounded.”

Monday’s episode was a brief moment in a larger drama that has yielded anger and confusion. Although many people said they were familiar with accounts of the police harassing or intimidating residents, many in Canton and Locust Point said they had never experienced it themselves. When they watched the unrest, which many protesters said was fueled by feelings that they lived only on Baltimore’s margins, even those like Ms. Bahr who were pained by what they saw said they could scarcely comprehend the emotions associated with it.

But others, like Lambi Vasilakopoulos, who runs a casual restaurant in Canton, said they were incensed by what unfolded last week.

“What happened wasn’t called for. Protests are one thing; looting is another thing,” he said, adding, “We’re very frustrated because we’re the ones who are going to pay for this.”

There were pockets of optimism, though, that Baltimore would enter a period of reconciliation.

“I’m just hoping for peace,” Natalie Boies, 53, said in front of the Locust Point home where she has lived for 50 years. “Learn to love each other; be patient with each other; find justice; and care.”

“It cannot be fixed,” he said. “It’s going to get worse. Why? Because people don’t obey the laws. They don’t want to obey them.”

But there were few fears that the violence that plagued West Baltimore last week would play out on these relaxed streets. The authorities, Ms. Fowler said, would make sure of that.

“They kept us safe here,” she said. “I didn’t feel uncomfortable when I was in my house three blocks away from here. I knew I was going to be O.K. because I knew they weren’t going to let anyone come and loot our properties or our businesses or burn our cars.”

From sea to shining sea, or at least from one side of the Hudson to the other, politicians you have barely heard of are being accused of wrongdoing. There were so many court proceedings involving public officials on Monday that it was hard to keep up.

In Newark, two underlings of Gov. Chris Christie were arraigned on charges that they were in on the truly deranged plot to block traffic leading onto the George Washington Bridge.

Ten miles away, in Lower Manhattan, Dean G. Skelos, the leader of the New York State Senate, and his son, Adam B. Skelos, were arrested by the Federal Bureau of Investigation on accusations of far more conventional political larceny, involving a job with a sewer company for the son and commissions on title insurance and bond work.

The younger man managed to receive a 150 percent pay increase from the sewer company even though, as he said on tape, he “literally knew nothing about water or, you know, any of that stuff,” according to a criminal complaint the United States attorney’s office filed.

The success of Adam Skelos, 32, was attributed by prosecutors to his father’s influence as the leader of the Senate and as a potentate among state Republicans. The indictment can also be read as one of those unfailingly sad tales of a father who cannot stop indulging a grown son. The senator himself is not alleged to have profited from the schemes, except by being relieved of the burden of underwriting Adam.

The bridge traffic caper is its own species of crazy; what distinguishes the charges against the two Skeloses is the apparent absence of a survival instinct. It is one thing not to know anything about water or that stuff. More remarkable, if true, is the fact that the sewer machinations continued even after the former New York Assembly speaker, Sheldon Silver, was charged in January with taking bribes disguised as fees.

It was by then common gossip in political and news media circles that Senator Skelos, a Republican, the counterpart in the Senate to Mr. Silver, a Democrat, in the Assembly, could be next in line for the criminal dock. “Stay tuned,” the United States attorney, Preet Bharara said, leaving not much to the imagination.

Even though the cat had been unmistakably belled, Skelos father and son continued to talk about how to advance the interests of the sewer company, though the son did begin to use a burner cellphone, the kind people pay for in cash, with no traceable contracts.

That was indeed prudent, as prosecutors had been wiretapping the cellphones of both men. But it would seem that the burner was of limited value, because by then the prosecutors had managed to secure the help of a business executive who agreed to record calls with the Skeloses. It would further seem that the business executive was more attentive to the perils of pending investigations than the politician.

Through the end of the New York State budget negotiations in March, the hopes of the younger Skelos rested on his father’s ability to devise legislation that would benefit the sewer company. That did not pan out. But Senator Skelos did boast that he had haggled with Gov. Andrew M. Cuomo, a Democrat, in a successful effort to raise a $150 million allocation for Long Island to $550 million, for what the budget called “transformative economic development projects.” It included money for the kind of work done by the sewer company.

The lawyer for Adam Skelos said he was not guilty and would win in court. Senator Skelos issued a ringing declaration that he was unequivocally innocent.

THIS was also the approach taken in New Jersey by Bill Baroni, a man of great presence and eloquence who stopped outside the federal courthouse to note that he had taken risks as a Republican by bucking his party to support paid family leave, medical marijuana and marriage equality. “I would never risk my career, my job, my reputation for something like this,” Mr. Baroni said. “I am an innocent man.”

The lawyer for his co-defendant, Bridget Anne Kelly, the former deputy chief of staff to Mr. Christie, a Republican, said that she would strongly rebut the charges.

Perhaps they had nothing to do with the lane closings. But neither Mr. Baroni nor Ms. Kelly addressed the question of why they did not return repeated calls from the mayor of Fort Lee, N.J., begging them to stop the traffic tie-ups, over three days.

That silence was a low moment. But perhaps New York hit bottom faster. Senator Skelos, the prosecutors charged, arranged to meet Long Island politicians at the wake of Wenjian Liu, a New York City police officer shot dead in December, to press for payments to the company employing his son.

Sometimes it seems as though for some people, the only thing to be ashamed of is shame itself. 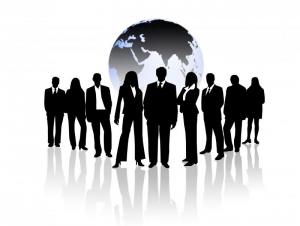